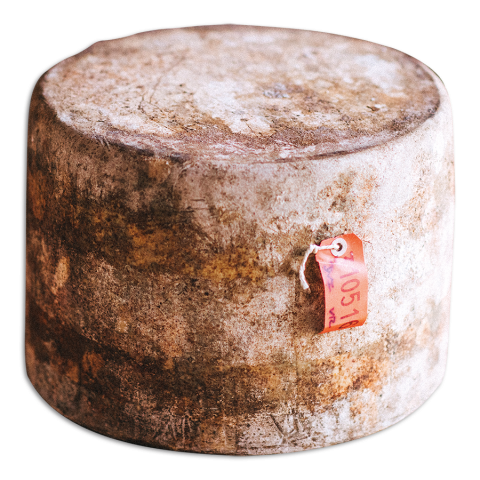 The creation of this cheese was the silver lining to a terrible event that took place in 2001 in the United Kingdom, when an outbreak of hoof-and-mouth disease prevented all products from entering or leaving the farm. Because of this, the cheeses remained in storage for much longer than planned. The dairy lamented the loss of a massive stock of cheese. However, after trying the cheddars that had remained in storage for close to two years, the Quicke family discovered that they had a crown jewel of cheeses on their hands, which they now call their Vintage Cheddar. A cheese that’s rich and intense, with a texture that’s deliciously crumbly, and a great depth of flavours, ranging from umami to buttery, with notes of salted caramel.