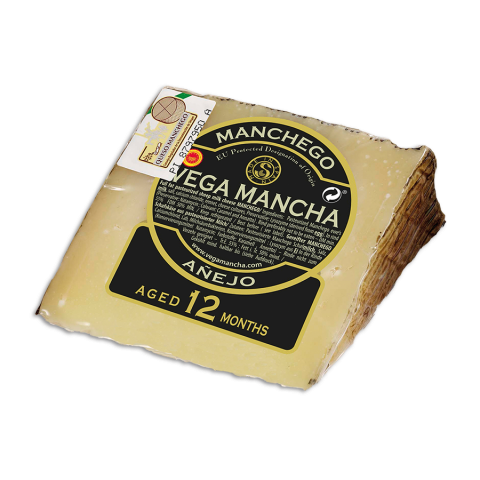 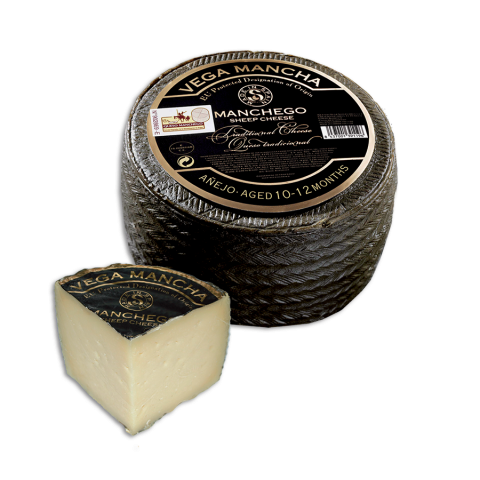 Manchego cheese is one of the most popular cheeses from the Iberian peninsula. It is available in all good restaurants and considered a real symbol of Spanish gastronomy. The cylindrical shaped cheese has a special appearance: the sides are marked with zigzags. These come from the mould made of a belt called a pleita and which gives this special and typical motif to the rind. Manchego Añego cheese is an AOP that has to meet very exacting requirements. In order to get a quality product, our supplier selects ‘Manchega’ ewe’s milk straight after milking. The milk then crosses vineyards and fallow fields to go to a small village called Bonillo in the province of Albacete where it will be made into cheese. After the various stages in the production process, the pressed cheese is ripened between 9 and 12 months in our cellars with optimal temperature and humidity conditions. After this period, the cheese takes on a golden colour and the distinctive Manchego flavours with its stronf and slightly sharp taste and its firm texture.